Black Pav Bhaji or Kali Pav Bhaji is the newest trend in Mumbai, which is a sister version of the traditional, famous fast food dish - Pav Bhaji.  The color, change in the texture, and mouthwatering taste makes it different from traditional pav bhaji. 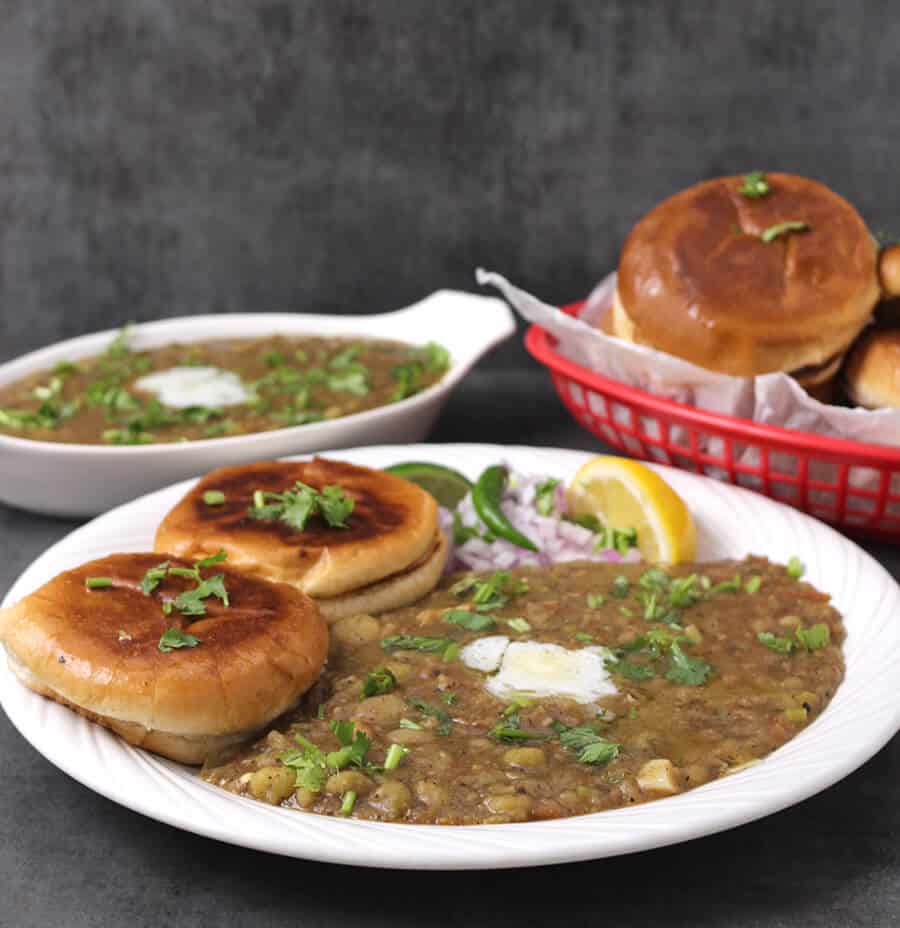 I am sure there is not a single person who has visited Mumbai and have not had the street style Pav Bhaji.

Bhaji is a very versatile dish. But this black bhaji is totally different from what I have tried so far. The spiciness here comes from black pepper and the taste and the nutty flavor from the roasted coconut. Black stone flower is typically used as an ingredient in this dish. But since it was not available where I live, I have substituted it with star anise. All other ingredients are almost the same as what goes into the traditional pav bhaji recipe. 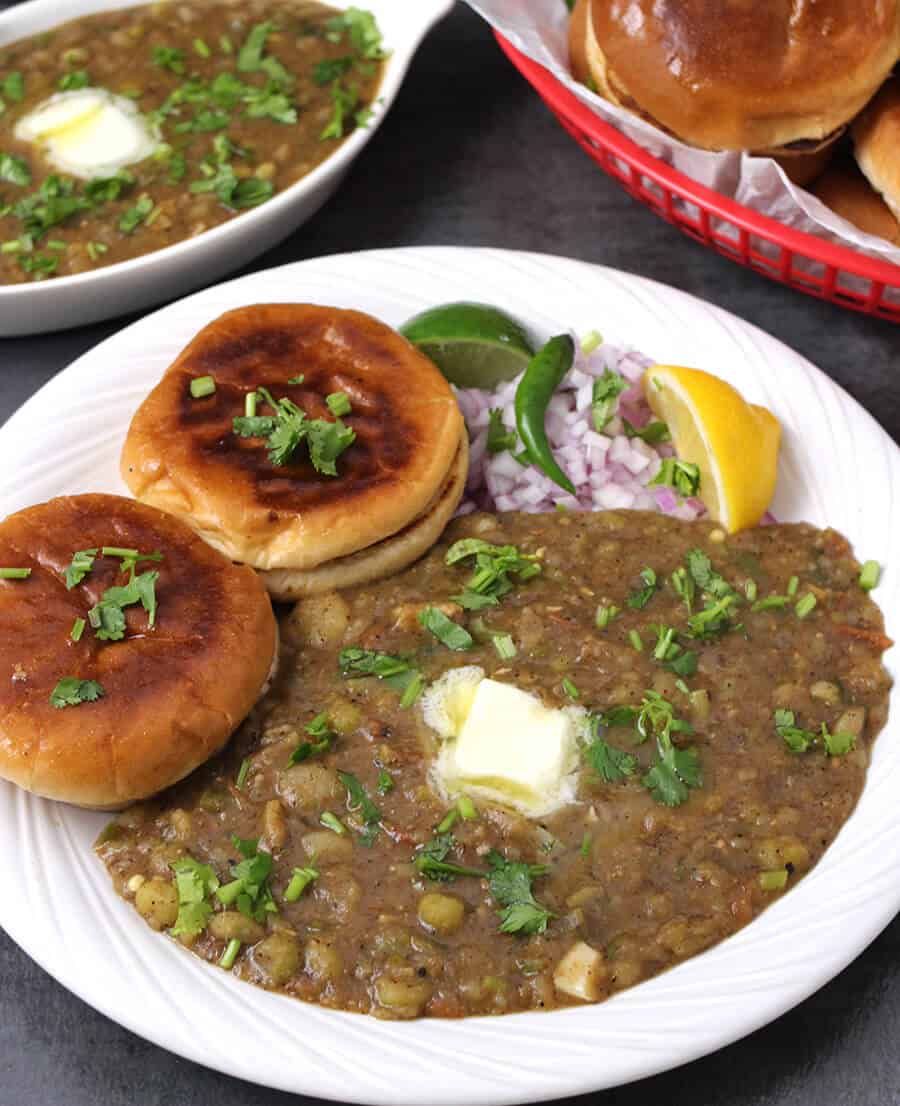 Generally the street side pav bhaji is made with potatoes, onions, tomatoes, and green peas. If you are preparing it at home you can add cauliflower, carrot, and capsicum. Depending on the veggies you add, the taste of the bhaji will vary accordingly.

Bhaji is served with dinner rolls or pav (Indian bread) which is toasted in butter, chopped onions and lemon slices. 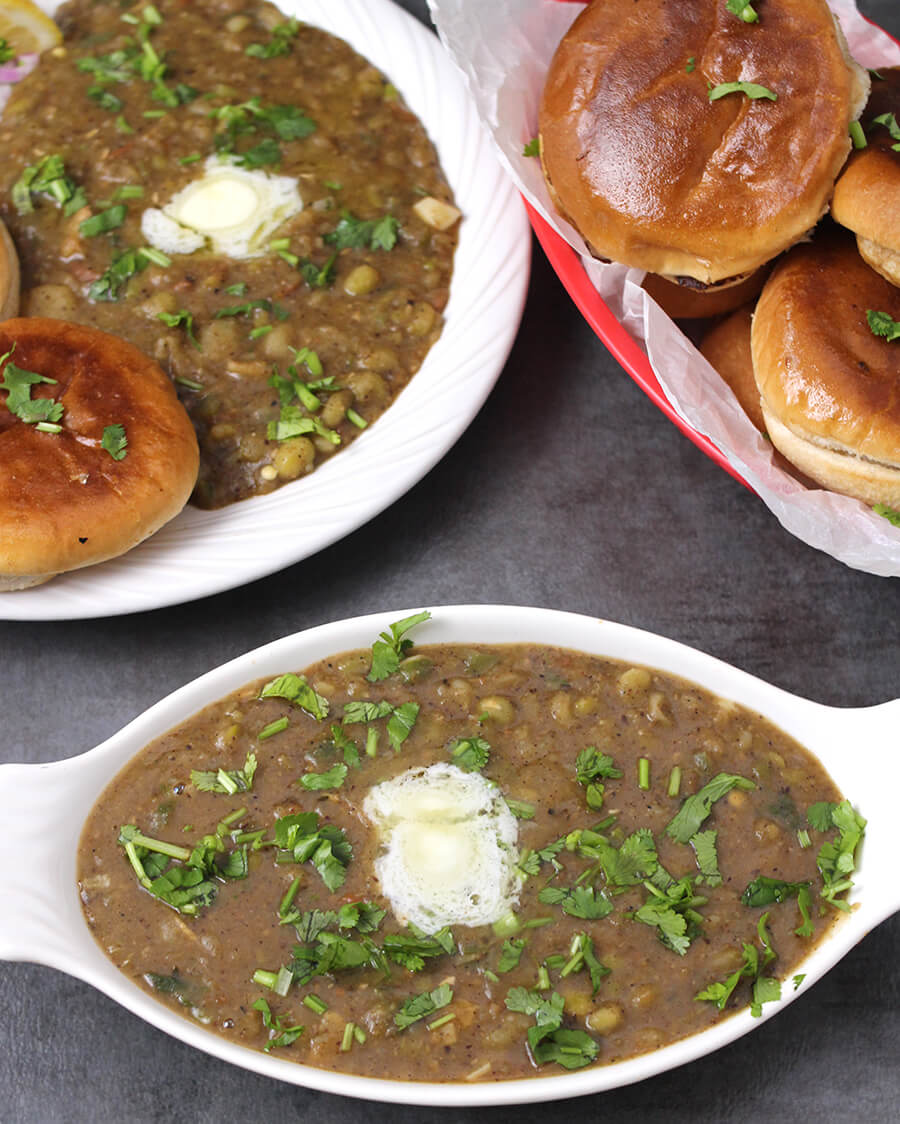 Do try out this version of black pav bhaji along with fresh homemade honey butter rolls or store bought rolls and share your comments. I am sure you are going to love this.

And if you have any left over bhaji, store it in the refrigerator. I am going to share an interesting and simple coriander masala chaat prepared using leftover black bhaji. 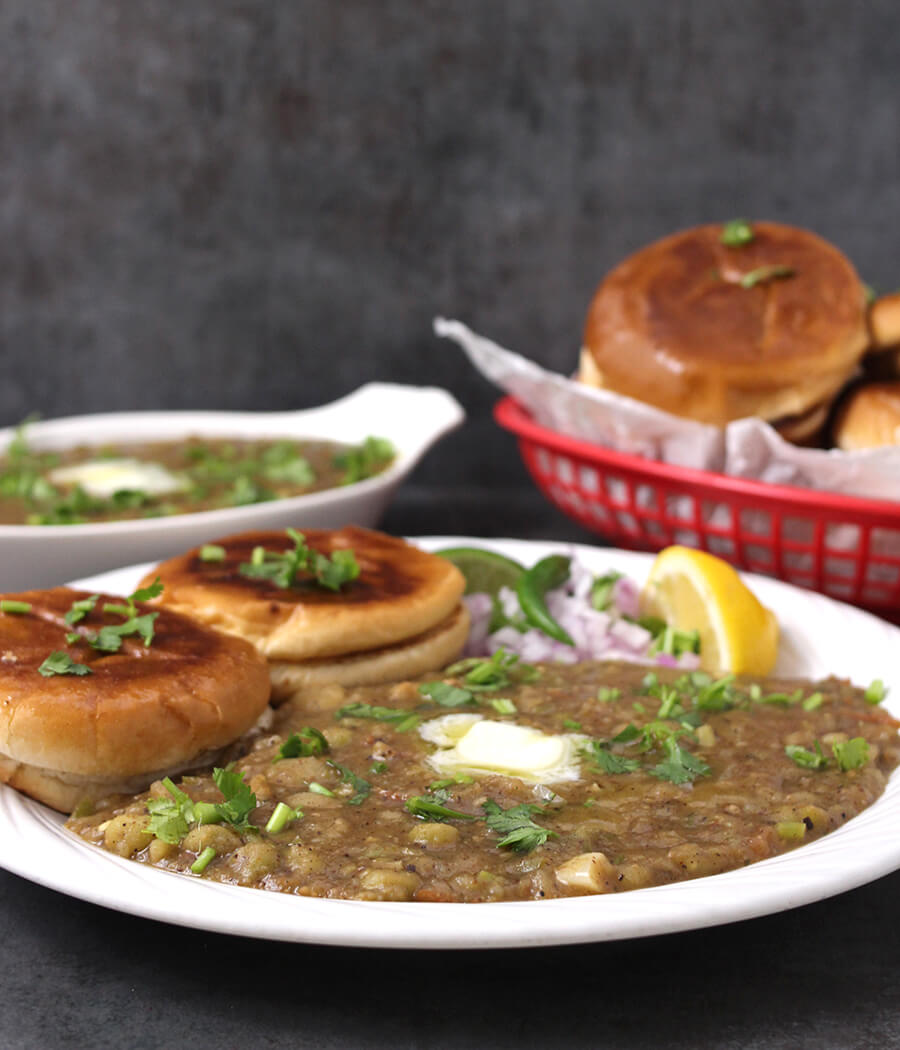 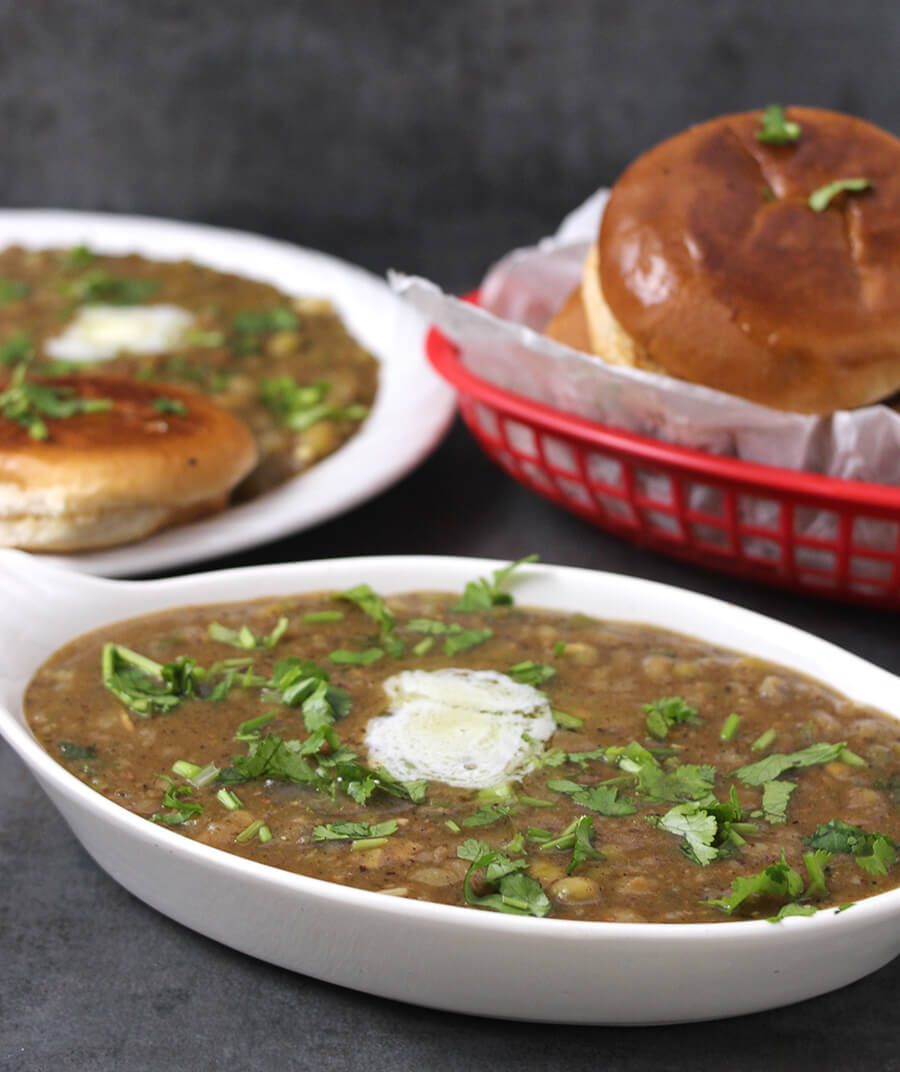 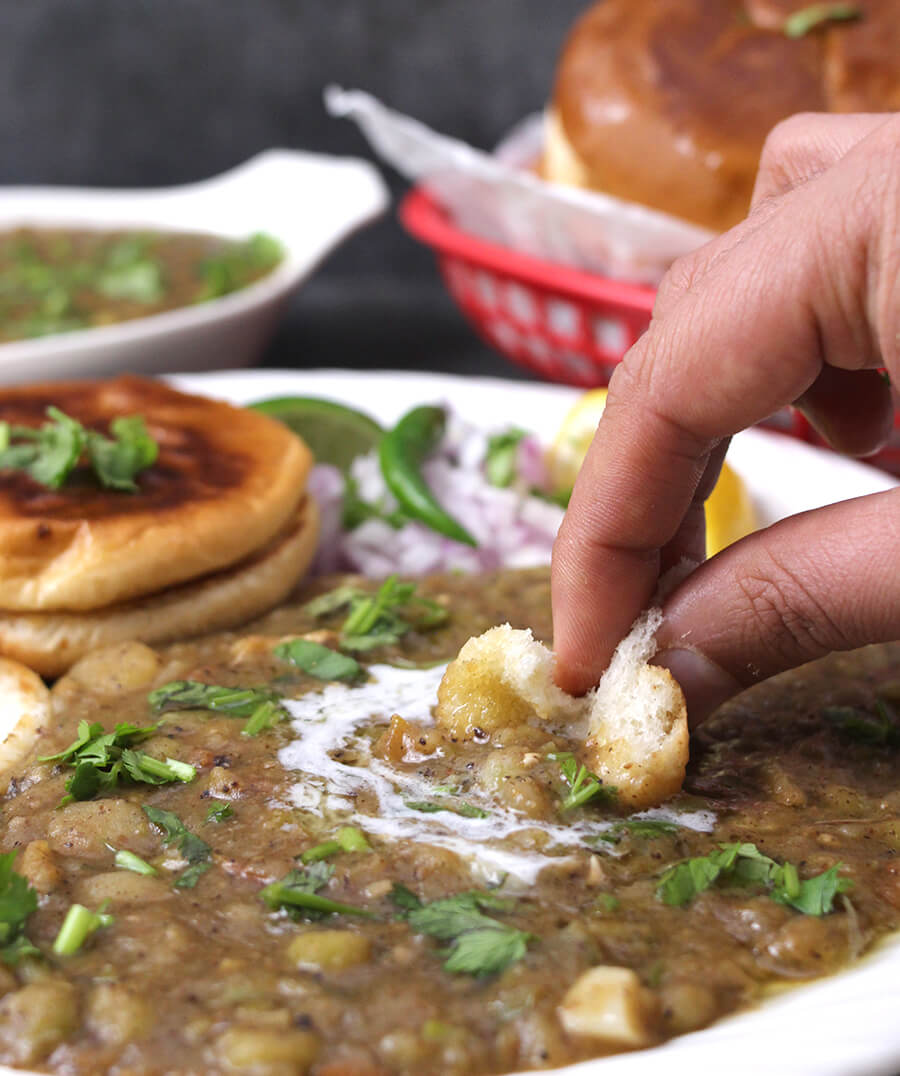 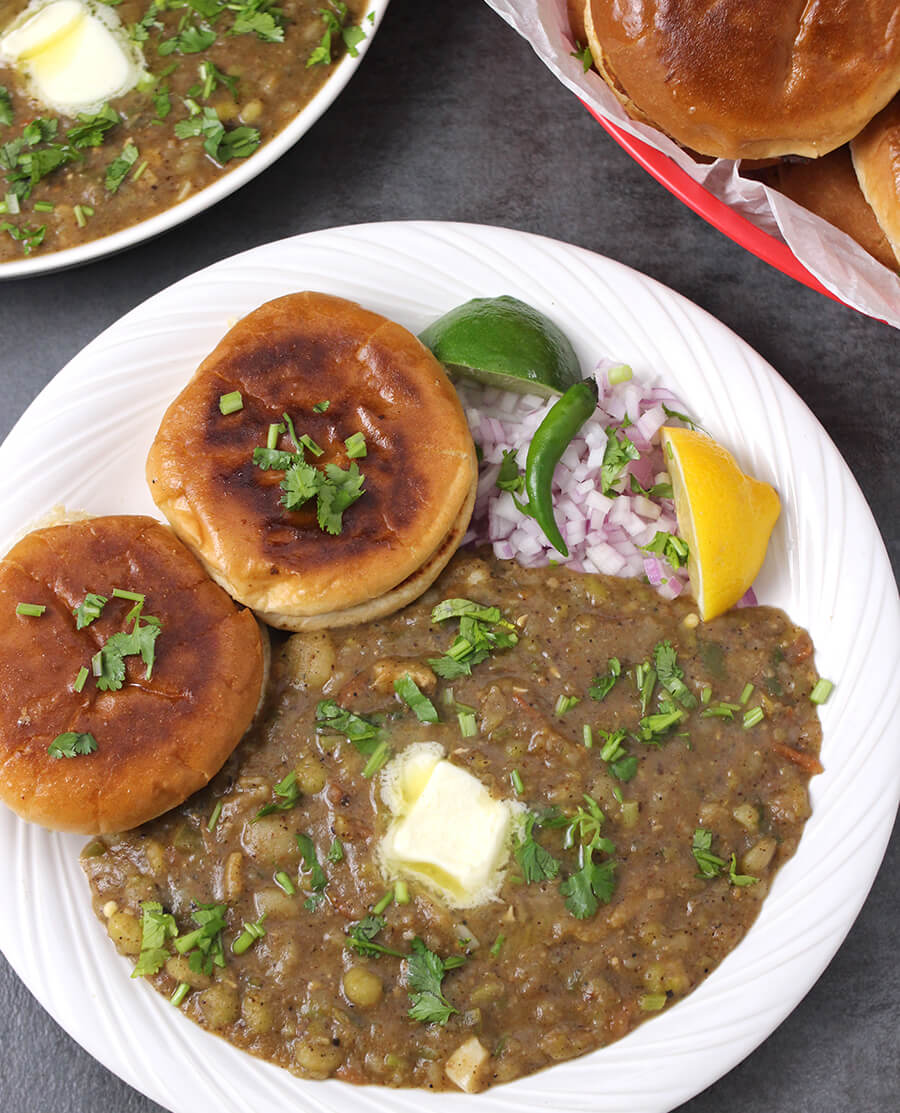 Follow me on Instagram and tag me with #cookwithkushi so that I get a chance to see all the recipes you make and give it a  ♥. 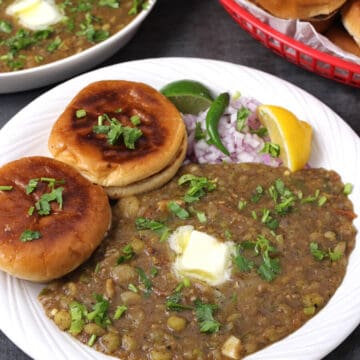 For the Black Masala